skip to main | skip to sidebar

What I haven't felt like writing about and a re-cap of my February..

I have been a bad blog friend as of late. I read your posts and comment some, but there are days when I can't stand to read about all of the loss.
I am nearly a week away from the point in pregnancy that I lost Zoe. It's hard to imagine getting past that point.
We've been putting the baby's room together and I try to talk myself out of believing it's a bad omen. Money doesn't allow me to prepare once/if he gets here. As new things go out of and into his room, I can't help but imagine the heartache of taking it down again. I don't remember who took down all of Zoe's things. I only remember being in the hospital and mentioning how I couldn't bear to do it myself. When I came home, it was all gone but the lavender walls. There was something bittersweet about watching those walls being covered in primer and later being painted a pearl white and olive green. It felt like I was letting her be erased. It felt a lot like moving on. I didn't speak any of this out loud.
Throughout my many appointments lately, my history has been asked over and over. I find myself speaking of Zoe and hear her referred back to me as some random fact, some note in my chart. I wait for the nurse to say they're sorry or something, but only one has. They keep going through their list. It hurts. (*note to all prenatal care nurses: When you ask a patient for their history, and it involves the death of an infant, take a second and say something. An 'I'm sorry' is quick and it's better than nothing)
The MFM has decided to do the delivery. He is sympathetic and seems intent on making sure the baby and I come out ok. He does an ultrasound every two weeks and checks cord blood flow and everything else that may could prevent the same result as before. He's the first doctor that cared about what happened and did some digging around as to why this occurred. There is no concrete answer. The clotting disorder could have been the cause, but there is no way to know, only ways to try and avoid a repeat.
I told him about my fear of the cesarean and he offered to put me to sleep for it. His nurse (and everyone else) has tried to convince me that I can get through the first few minutes, see my son alive and then get a fat dose of anti-anxiety meds to knock me out while he ties my tubes and sews me up. I don't seem to have the confidence in me that they do.
When I told him about my anxiety, he mentioned that I didn't seem overly anxious to him. I have had this problem (especially concerning medical professionals) since I was eleven years old. Perhaps I am just good at putting a calm mask on when I have no choice but to confront those fears.
I believe a lot of my fear (besides the medical) comes not only from the traumatic experience I had with Zoe (which could have been lessened had someone even tried to comfort me or tell me what was happening) but from being raped when I was eighteen. Something about being flat on my back and exposed during such an intimate time, and add to that, cold metal and needles and being shaved and prepped and catheterized, and I don't know how I'm going to do it. Then I think of the doctor saying the word 'resuscitate' when referring to the sleepy state of babies being born under general anesthesia and my blood runs cold. I don't think anyone knows me deeply enough to help me with the immense fear I will have either way. I don't know how to be strong for myself either. I only know that this boy is coming out one way or another and I daydream about it being over, healthy baby in tow. That also seems like a far-away possibility and I have to remind myself that it is possible for that to be my reality in about eight and a half more weeks.
So, the choice I am facing now is:
#1. Go for the general anesthesia knowing I will go to sleep and wake up and either have a healthy baby boy that gets to come into my room and be snuggled by his sleepy mother or be ushered into the NICU or worse because he couldn't breathe and it would be my fault.
#2.Go through the epidural and the prep. and try like hell to not freak out, not knowing for sure that I am even capable of that, and see my baby boy born and then go to sleep.

Of course #2 seems like the obvious answer but I just don't know if I can do it. I am so good in a bad situation concerning other people. I do what needs to be done and break down later if I need to. I can't seem to dredge up that strength for myself and my boy and it hurts me. I feel so weak.
So there you have it. I have been going through my days in a trance of fear and optimism. I have passing thoughts of doing crafty things and never do. That bird mobile I was working on is completely ready to put together. It would take me a half hour yet it sits in pieces still on my dresser, taunting me.
I've taken pictures of the snow here and of the bread I find myself making at least once a week and of the new additions to the baby's room and the beautiful yellow calla lillies that Kenny brought over on Valentine's Day. (How's that for a run-on sentence)
They were meant to have posts all their own, but it's too late to put them in any orderly post. I've decided to just jumble them all into this one. A re-cap of last month in photos if you will: 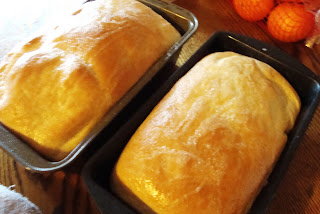 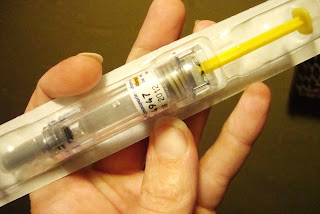 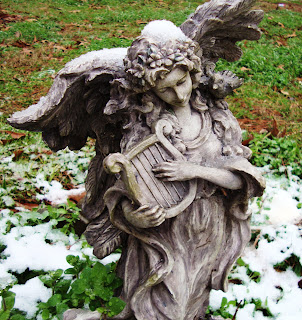 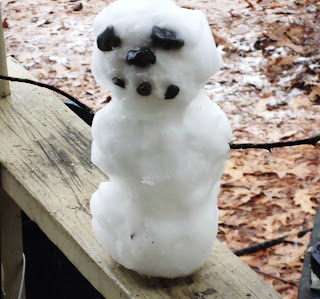 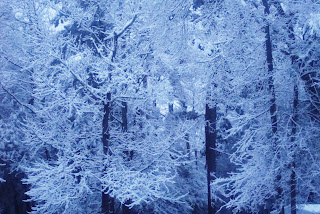 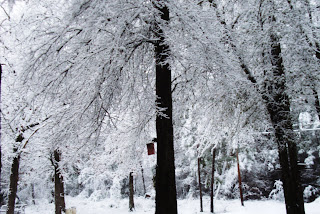 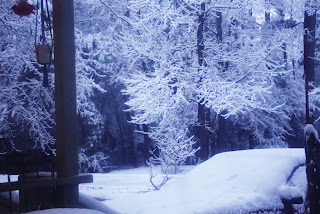 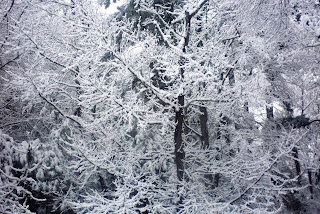 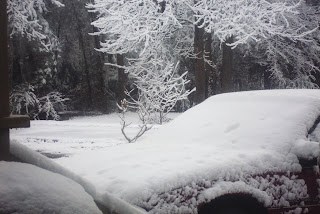 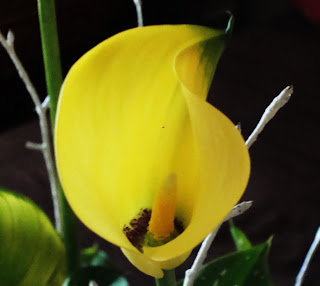 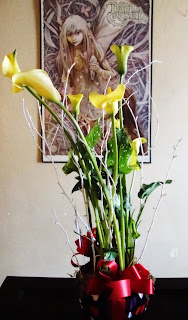 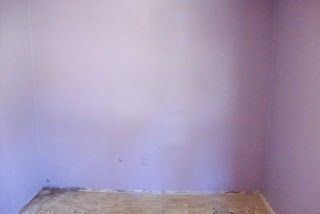 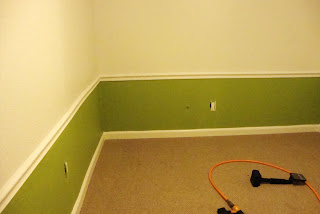 I think the thought of a c-section is scary in itself, without the history. I mean, it's surgery. Perhaps you can hold off on the decision until it's closer? See how you feel the day of?

Love the green. I'm with jayme. When does the decision have to made?

Oh Lindsay. You shouldn't feel weak. You've been through so much.

I'm so terribly, terribly sorry to hear that you were raped when you were younger. That is awful. And it is no wonder that, when you consider what you and your Zoe went through when she was born, that you are terrified. Oh I'm so sorry Lindsay. I wish there was an obvious answer to this dilemma. Perhaps like Jayme says you should just leave the final decision to how you feel on the day?

I'm glad your MFM will be delivering. It sounds as though he will do a good job of looking after you and your son.

I'm glad you mentioned the beautiful mobile that you made. I can understand why you haven't been able to finish it yet but I would love to a photograph one day, when you are happy to hang it up. Sorry about the rambling comment. xo

Oh Lindsay, I'm so sorry. This is so tough. But for what its worth, I do think you're strong enough to do this (option b). You have survived SO much more. I too was terrified of my surgery, but hearing Angus scream when he was pulled out took it all away in an instant. You'll be loved and supported which ever option you chose.
In the end, all that matters is you are both well.
xo

Oh, my Dear... I am sorry to hear about the rape. I know too well that this isn't something that's just forgotten one day. Another lasting scar that's throbbing from time to time.

I SO wish I could be by your side to keep away all the threats and dangers, tell you all's gonna be OK and take your fears on my shoulders. (I am dealing better for others, too).

Thinking about you & sending some love.
xoxo

Lindsey - I have had 3 C-sections and I can certainly vouch for your fears. I dreaded the catheter so much that I asked my doctor if all "that" could be done after I had received my spinal. He gladly agreed, seeing the anxiety it was causing me. My spinal didn't take, and I ended up being put to sleep with my last baby. Childbirth shouldn't be like that, but we have to do what is best for us and for our babies. I am wishing you the best; you and Ivy will be so blessed with your new little boy.

Lindsay I've been thinking of you so much lately. I'm so glad you got tested for those clotting issues and that you're on the Lovenox shots. I know the anxiety you have regarding the section, can they give you some Ativan and THEN do the spinal so that you're awake and aware of what's going on when you're little boy is born? The pain is so much more managable with the spinal rather than the general anesthetic. I had EXTREME anxiety about the spinal but once it was in place, everything was awesome. They did my catheter after so that I didn't feel it and my babies came out crying and active. I know your birth will have to be planned because of the shots so think about it, the spinal in my opinion is definitely the way to go. Sending you my love

I am so sorry! I can't pretend to understand all the trauma you have dealt with in your life adding in Zoe growing her wings. Do what is best for the baby and you... Thinking of you! ((hugs))

Hi Lindsay, I haven't commented in so long but I wanted to tell you to go easy on yourself, okay? I know this is such a hard time for you, and I'm thinking of you...

I have been thinking about you and your little one.

I am the first person to feel like I will lose it all. I always feel like I am not good in very stressful situations. It is very hard to know how one is going to feel in certain situations. I hope that you find a way to get thru this. 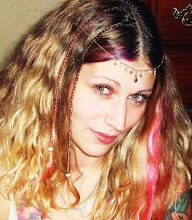 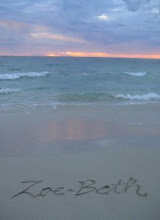 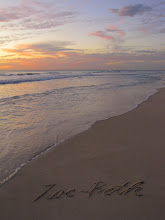 From my sweet friend Lea.. 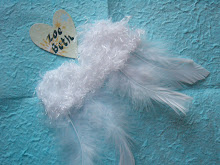 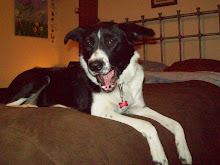 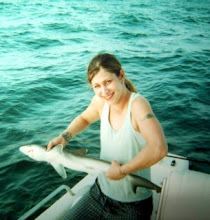 Other friends in La La Land

Zoe plays with their children:

People that read this blog... 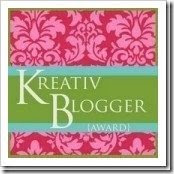 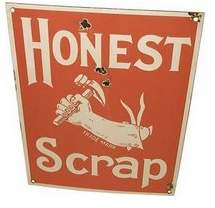